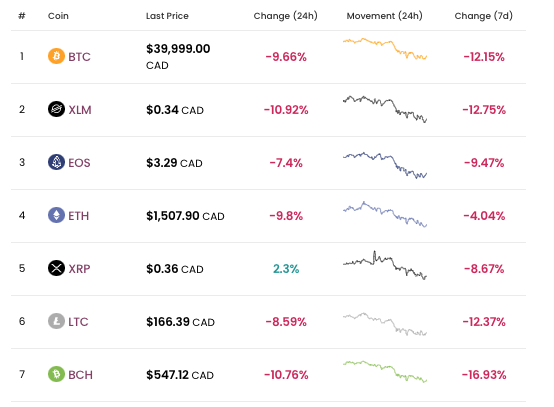 Analysis: Crypto is continuing the second day of a broad sell-off with few exceptions. Spot volumes are below levels seen in the first two weeks of the year. 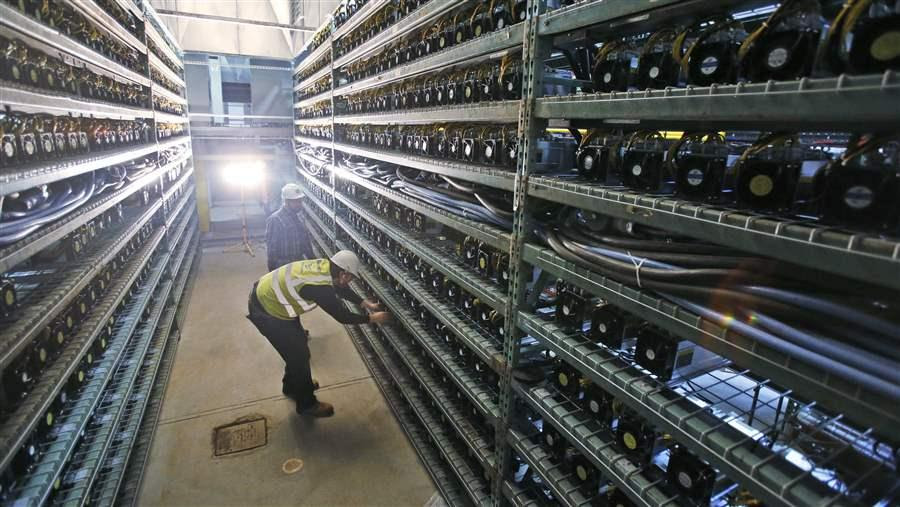 Since The Bitcoin Hash Rate – A Representation Of The Total Computing Power Mining The Bitcoin Network – Achieved Record Highs Earlier This Month, We Looked Back At How Bitcoin Mining Has Changed And Who’s Participating In It Now

From 2009 to 2011, BTC mining was largely performed by hobbyists on non-specialized equipment. It wasn’t until 2013 when interest in mining had become sufficient, that Chinese computer hardware producer Canaan Creative launched the first application-specific integrated circuits (ASICs), the first pieces of hardware specifically designed to mine BTC. Since, BTC mining has evolved via an arms race between miners who are competing to  deploy mining equipment that optimizes the use of electricity.

Over the past decade, BTC mining has turned into a highly specialized sub-sector with miners seeking comparative advantages in a number of ways, i.e. deploying more advanced equipment, seeking out colder environments where cooling costs are lower, seeking sources of cheap electricity, etc.

BTC miners, unlike most other actors in the crypto space, invest in highly specialized physical infrastructure. This includes hardware specifically designed to mine BTC and sometimes power sources for the mining work itself. For example, in 2018 US-based Digital Farms Inc. was revealed to be repurposing a New York state hydroelectric dam to power a BTC mining facility.

Direct institutional involvement in mining is extremely tepid. However, several crypto firms, such as Digital Currency Group’s mining subsidiary Foundry have developed facilities where institutional actors can essentially rent mining hardware. The most notable institutional participant in mining is Fidelity, which began mining BTC as early as 2014 according to Christine Sandler, Head of Sales and Marketing at Fidelity Digital Assets. Fidelity also owns a 10.6% stake in Canadian mining firm Hut 8. While the BTC hash rate has set records, estimated miner revenues (transaction fees plus newly minted coins) in USD have yet to surpass records set in December 2017.

Takeaway: When an actor decides to invest in mining they are taking a riskier position compared to a spot purchase of Bitcoin. Firstly, their investment in highly specialized equipment means that their capital is relatively locked. The only means of retrieving the capital is through selling the equipment at a significant discount. Moreover, given that mining rewards are issued in BTC while costs are paid in local fiat currency, miners’ solvency is tied to the price of BTC more immediately than other business in the space. Hash rate shows a confidence and investment in the network by incumbents but does not necessarily indicate the presence of a new incremental buyer that would sustain price appreciation across longer time horizons.

During Janet Yellen’s confirmation hearing for Treasury Secretary, the former Federal Reserve Chair described cryptocurrencies as a ‘particular concern’ regarding terrorist financing. Yellen was responding to a question regarding the use of crypto for alleged terrorist financing efforts. Yellen said she believes ‘many [cryptocurrencies] are used, at least in transactions sense, mainly for illicit financing and I think we really need to examine ways in which we can curtail their use and make sure that [money laundering] doesn’t occur through those channels.’  – link – @CoinDesk

According to David Grider, a strategist from financial research firm Fundstrat Global Advisors, ETH’s price could rise to USD 10,500. Grider cites the popularity of the networks decentralised applications and described ETH as ‘the best risk/reward investment play in crypto.’  – link – @Bloomberg

BlackRock has submitted documents to the SEC that indicate that its BlackRock Global Allocation Fund and BlackRock Funds V may invest in cash-settled BTC futures. The filing cite ‘illiquidity’ as a potential risk, stating that ‘bitcoin futures are not as heavily traded as other futures given that the bitcoin futures market is relatively new.’ – link – @Bloomberg

UK investment firm Ruffer described BTC as ‘relatively early’ and that the ‘institutional adoption and financialisation of [BTC]’ is at the ‘foothills of a long trend.‘ The remarks were were made in Ruffer’s year end review. The investment firm described it’s allocation to the asset, revealed to be 2.5% of its Multi-Strategies Fund or USD 750M,  as a ‘small but potent insurance policy against the continuing devaluation of the world’s major currencies’ – link – @Bitcoin.com

The Bank of France has announced it successfully piloted a central bank digital currency on a blockchain provided by UK startup SETL. The pilot involved settling USD ~2M worth of simulated shares with the digital currency. – link – @CoinTelegraph