Guide to Participating in an ICO and Buying Tokens 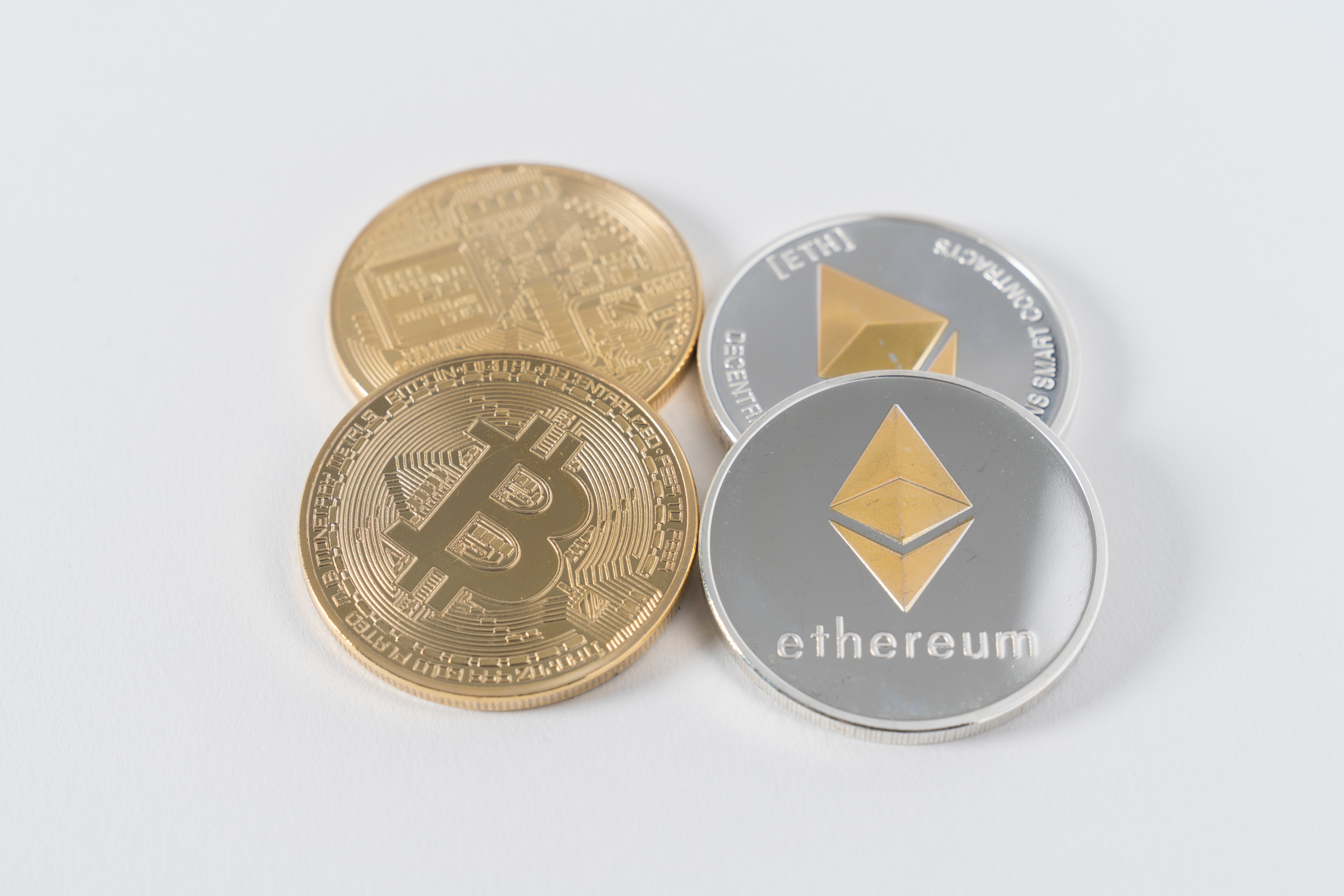 Guide to participating in an ICO and buying tokens

Billions of dollars have poured into the initial coin offering (ICO) space as blockchain startups increasingly turn to this trendy way of fundraising over traditional methods such as venture capital. In the first quarter of 2018, ICOs raised more than $6 billion, outpacing the fundraising tally for all of 2017.

Q2 is off to a blockbuster start as well, with blockchain startup Cayman Islands-based Block.one raising $4 billion and taking the crown as the largest deal of the year, so far. What’s equally notable about the company is that its product wasn’t available at the time of the token sale and it’s unclear how the funds will be directed, which fuels the mystique of ICOs.

So, what exactly is an ICO? It’s a fundraising event pursued by blockchain companies, mostly startups, that are looking to an unconventional way to raise funds. Investors make payments either in fiat money or cryptocurrency – usually ETH – in exchange for the proprietary tokens. The tokens are used to fuel the ecosystem of the project and can often be traded on a trusted Canadian cryptocurrency exchange of your choice.

Companies launch a public crowdsale in which individuals who have gone through the identity verification process and have been approved on a white list can purchase tokens in exchange for certain rights, which are geared toward the individual project (e.g., product or services discounts, unique access, dividends, etc.)

Despite the momentum and some 1,500 digital currencies on the market, ICOs really haven’t made their way into the mainstream yet. While Bitcoin and cryptocurrencies are becoming more widely understood as people learn how to buy Bitcoin, and digital currencies are increasingly used in transactions for anything from purchasing a pizza to a real estate investment, ICOs have faced some unique headwinds, including advertising bans on social media sites including Facebook and Twitter and major search engines like Google and Bing in an attempt to protect novice investors from scams.

So, if you don’t have to invest in an ICO to gain exposure to the cryptocurrency market, why should you participate? There are a host of incentives for doing so, ranging from financial returns to supporting an ecosystem that promotes a mission or features you believe in. By investing in an ICO, you support and decentralized world and help that startup company to pursue their roadmap. You also become part of a community and can engage with the ecosystem in a way that’s not available to others. Or you might be solely interested in trading the new coins for a profit on a cryptocurrency exchange.

The remainder of this piece will explore some of the elements around getting involved with an ICO.

On average, ICO investors generate a profit of 82%. That’s a rare opportunity that’s hard to find anyplace else in the financial markets, where single-digit percentage returns are average. Not all ICO tokens are lucky enough to make their way onto an exchange, but for those that do, the returns are higher.

For instance, between the time of buying tokens during the ICO event and the token being listed on an exchange for trading, investors generated returns of nearly 180% on average over about a two-week period.

ICOs have other perks, including events known as airdrops in which free tokens are distributed as part of a marketing and promotion campaign by the issuing company.

Another benefit of ICO investing is supporting the success of a project you believe in. ICOs have touched just about every industry in the economy, so whether it’s green investing, supply chain transparency, online gaming or insurance, your participation helps to fuel the project’s future.

Risks and Downsides of ICOs

There is a great deal of uncertainty surrounding ICOs, not the least of which stems from the lack of regulatory oversight. In the United States, that uncertainty is exacerbated by the fact that securities regulators are keen to classify any and all ICO tokens as securities, which would subject them to greater, oversight and cryptocurrency market leaders say not so fast.

While securities regulators around the world are grappling with how to govern this market, companies are often unclear on how to proceed with their ICOs, in some cases closing off entire jurisdictions from participating in their deals.

Canadian messaging platform Kik is a good example. In 2017, regulation was unclear in the country, so the company proceeded with the Kin coin ICO and excluded locals from buying coins. Kin still managed to raise nearly $100 million.

A key concern among regulators is scam ICOs and the vulnerable position that inexperienced investors including retirees can expose themselves to. Cryptocurrencies have been deemed the Wild West for a reason, and hundreds of millions of dollars have been lost in the industry to criminals. The US Securities and Exchange Commission estimates some $600 million of the tally has been lost to fraudulent ICOs.

If you’re only just learning how to buy cryptocurrency, ICOs may not be the best place to start. Start using trusted cryptocurrency exchanges such as Bitbuy.ca.

Is This ICO a Scam?

Make sure the ICO you’re considering investing in is legitimate. Check the individual management team members and view their LinkedIn profiles, to start. Find out of the deal has been reviewed and if so, what risks are identified? Does the company have a product? If not, what does the roadmap look like? Check the website and if they make any pie-in-the-sky claims, such as the promise of fixed returns, question it. Social media platforms like Reddit are your friend. See what others are saying about the deal.

When researching a potential ICO, one of the first steps is to learn the dates of the public sale. This is the limited time in which the tokens are available to buy. Once that’s clear, you should follow the steps on the company’s website to be added to the whitelist so that they know who you are, and you can participate in the public crowdsale. The whitelist process, which is a form of registering, may involve uploading official forms of identity such as a driver’s license or a passport. This may seem like a cumbersome step but it helps the company to cut down on fraud.

Each ICO project will set its own unique terms, including payment methods. Ethereum (ETH) is the most common payment method you’ll find, as the Ethereum is the most popular blockchain for startups, which design their tokens on the ERC20 standard/protocol. Bitcoin might also be accepted and certain fiat currencies, depending on the jurisdiction in which the project is domiciled.

If you’re new to cryptocurrencies, you’re going to have to jump into digital currencies before participating in ICOs. That’s because the payment method for buying tokens is often Ethereum, or ETH. It may also be bitcoin (BTC). One of the risks is that if you compare Bitcoin with other cryptocurrencies, Bitcoin and Ethereum are established cryptocurrencies that are far more likely to maintain value than any ICO.

The good news is that brokerages and exchanges like BitBuy are increasingly easy to use for newbies. Buying a small amount of a digital currency is simple, safe, and secure, and requires nothing more than a debit card. ICO issuers may set a minimum purchase amount, in which case you’ll need to purchase enough crypto (bitcoin, ethereum, etc) to cover your investment plus any transaction fees, the latter of which tend to be modest in this industry.

Next, you’re going to need your own digital wallet. MyEtherWallet is a popular choice for generating a wallet address. ICOs won’t take payments straight from your exchange wallet.

But before we do that, let’s say you are ready to invest in an ICO. To purchase tokens, you’ll need to send your cryptocurrency funds (or fiat, depending on the payment methods accepted) to the digital wallet address provided by the token-issuing company. They should make this address abundantly clear and you can cross-check it to be sure.

You will be eager to see the ICO tokens in your account, but be patient. Not all issuing companies distribute tokens during the token sale, so you may have to wait a bit. The ICO company should make it clear when you can expect to receive your tokens. Make a note of it so you know if there’s a problem.

You’ve successfully purchased tokens in an ICO, congratulations! Now you must decide where to hold those tokens. It’s highly recommended that you store your tokens offline in a hardware wallet and not on any exchange, even though trading platforms will hold them for you. One Reddit thread recommended that any account worth more than $100 should qualify for a hardware wallet.

But hardware wallets don’t always support new ICO tokens, which can put you between a rock and a hard place. But if a wallet supports all ERC20 tokens, chances are it supports the token of the ICO you’re looking to invest in. Double check to be sure. Once you know your coin is supported, it’s wise to invest in an offline wallet.

Perhaps you remember Japan’s Mt. Gox hack? (In which hundreds of millions of dollars in bitcoin were stolen?) This hack, very early in bitcoin’s history, forced that exchange to shutter operations. Many other exchanges have since learned from these mistakes and have made security a top priority, including storing digital tokens in underground cold storage vaults in secret locations across multiple continents. Most exchanges like BitBuy feature top notch security now, but for peace of mind, you can’t beat the security of holding your own private keys offline via a hardware wallet such as Trezor, Nano and others.

Now that you have successfully exchanged your CAD or fiat for crypto, and your crypto for another token in an ICO, you can figure out what to do next. Maybe you’re a long term holder (“a hodler”), or maybe you’re looking to trade on a shorter timeline.

If you missed the ICO, don’t worry. Tokens from successful deals are generally available for trading on exchanges soon after the crowdsale, so you can purchase coins then, too.

Stay tuned to our blog (join the newsletter!) for upcoming articles about different ICOS, tokens and blockchain projects that you might find interesting.