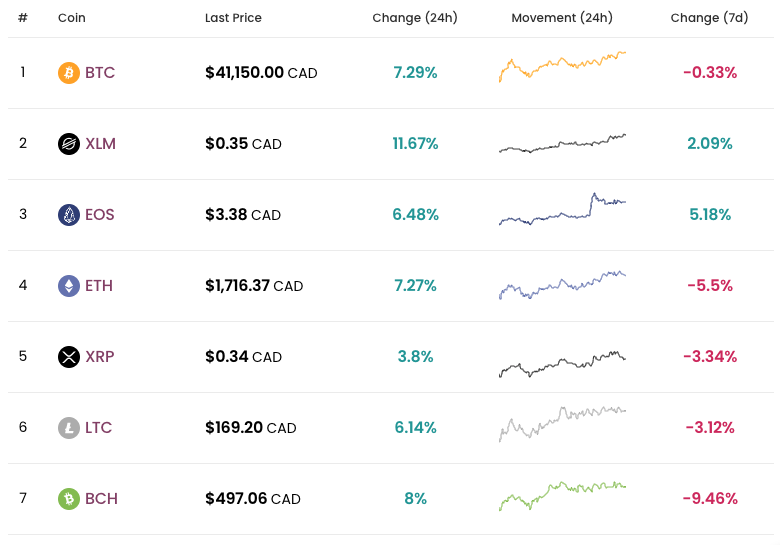 Up next: Microstrategy and BTC event.

Analysis: The market rebounded steadily today with volumes and prices jumping significantly compared to the 7-day trend. Bitcoin broke above $40,000 CAD after sitting below that level for several days. 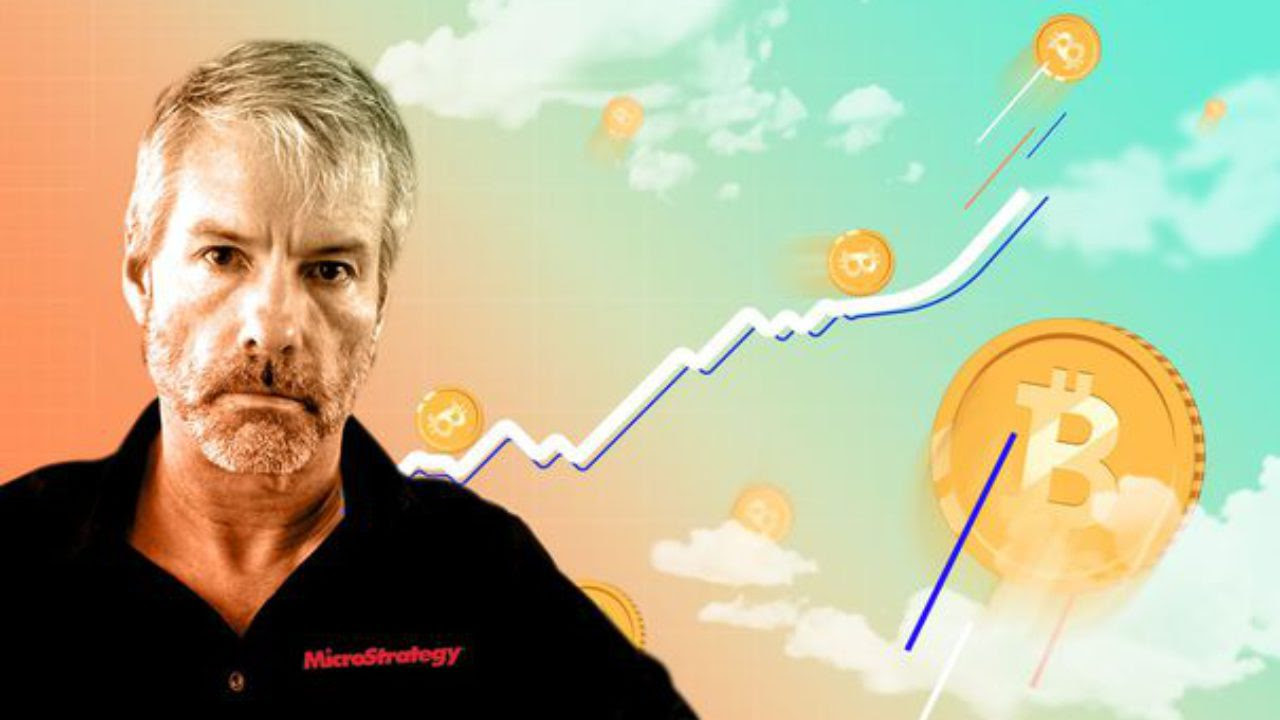 Next Week, MicroStrategy, ‘The First Publicly Traded Company To Invest Significant Treasury Assets In [BTC],’ Will Host Free A Virtual Conference Aimed At Educating Other Corporations On How To ‘Plug [BTC] Into Their Balance Sheet Or PnL]’ –  The Conference Will Be Watched Closely To Gauge MicroStrategy’s Success In Promoting The Adoption Of BTC

The February 3 and 4 conference, titled ‘Bitcoin for Corporations,’ was announced on January 12 by MicroStrategy CEO Michael Saylor. The first day will see presentations on tax, audit and legal considerations in regards to BTC hosted by attorneys specializing in digital assets and tax and accounting experts from Deloitte.

The firm’s CEO Michael Saylor will also present the ‘various macroeconomic factors driving [BTC’s] adoption by corporations [and] institutional investors.’ The second day will feature an ‘Overview of Strategic Vendors and Offerings in the Bitcoin Marketplace’ during which executives from notable crypto firms such as Binance, Coinbase, Galaxy and Grayscale will present their services and outlook related to BTC.

In an interview Friday morning with CNBC, Saylor revealed that his firm will be open-sourcing documents and methodologies associated with the firm’s to-date purchase of ~70,784 BTC as part of the conference. In that interview, Saylor opined that 2021 will see corporations ‘[embracing] [BTC] either on their balance sheet like we have, because it converts a liability into an asset, or they’re going to do what Square and PayPal and Grayscale have done and they’re going to build [BTC] into their products and services…’

On Friday Morning, MicroStrategy announced purchasing an additional 314 BTC for USD 10M ‘at an average price of approximately $31,808 per [BTC].’ The firm’s total BTC holding now stands are ~70,784 BTC,  or USD ~2.37B. The firm’s stock has appreciated by 330% since its initial purchase of 21,454 [BTC] for USD250M in August 2020. Google searches for MicroStrategy peaked in the week of January 10 – 16, coinciding with the conference’s announcement.

This implies the conference will provide equal focus on the practical use for BTC, in areas such payments, and its use in finance as a perceived hedge against inflation. Realistically, MicroStrategy’s overall approach to BTC is likely too extreme for most firms to replicate. That said, we think it’s entirely logical that the, ‘turnkey’ teaching method MicroStrategy and Saylor are presenting could see other corporates make smaller entries into the space.

Anthony Scaramucci says the recent GameStop saga highlights a positive backdrop for Bitcoin. He says “The activity in Gamestop is more proof that Bitcoin is going to work” – link – @BusinessInsider

The SportX protocol, a Toronto-based betting platform built on smart contracts, has launched its native SportX Token (SX). The ERC-20 will serve as a governance token for the SportX betting platform. – link – @SportX

Venture capital firm Union Square Ventures plans to allocate ~30% of its USD 250M Core 2021 Fund to crypto-related projects. The firm has previously invested in a number of crypto startups, including Coinbase’s 2013 Series A. – link – @Coindesk

A report from Standard & Poor’s highlighted the similarities between gold and BTC noting ‘parallels between the two assets have grown.’ The report also claims that ‘[c]oncerns of bitcoin theft were rampant a few years ago’ but have since diminished as the asset ‘becomes more mainstream…’ The report also notes that gold and BTC are ‘uncorrelated to other popular asset classes in portfolios, which provides evidence of their diversification benefits.‘ – link – @CoinDesk

A group of North Dakota state house members have introduced a bill that would allow a local state-owned bank to become a crypto custodian. The bill would also allow the bank, the Bank of North Dakota, to ‘implement a digital currency exchange’ and calls on the institution to implement a feasibility study of crypto business lines.  – link – @The Block