News
The Bitbuy Brief: More HODLing This Time Around

Issue 126: More HODLing This Time Around

HOLDing on The Rise and Weekly Market Update 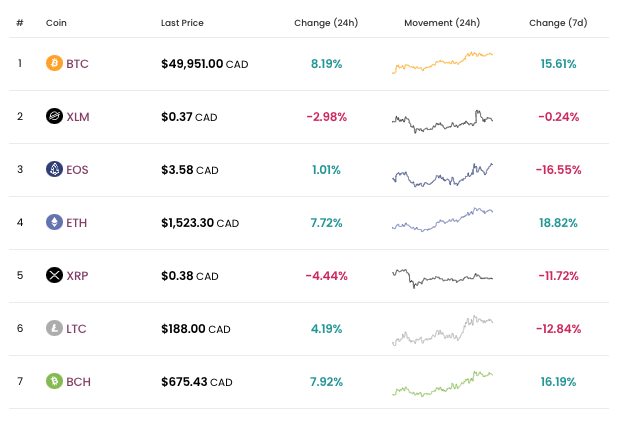 Analysis: Crypto bounced back after a decisive pull back earlier in the week. ETH was up 18% on the 7-day period, generating the biggest increase over the week. Bitcoin briefly reached above 50K CAD for the 2nd time in as many weeks. We’re seeing more HODLing this time around and less crypto on exchanges these days. 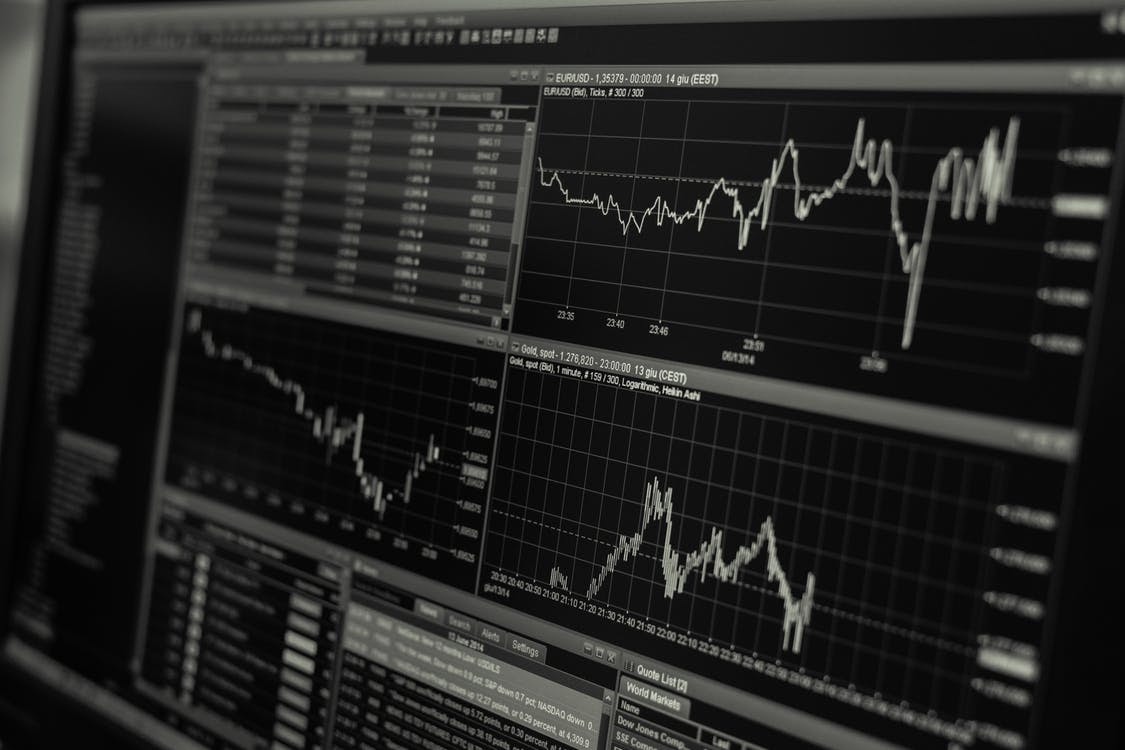 One Of The Defining Data Points Of This Bitcoin Rally Has Been Falling BTC Exchange Balances – Despite The Asset Reaching New All-Time-Highs Above CAD 50k, BTC Blockchain Data Shows The Metric Has Not Reserved Course, Suggesting Traders Are Not Inclined To Take Profits By Returning BTC To Trade Venues To Sell, but rather a new dynamic of HODLing Bitcoin has emerged. In February 2020 the aggregate BTC balance of major exchanges including Bitfinex, Coinbase, Kraken, Huobi, Bitstamp, and others, began to drop.
The drop ended a trend that has persisted since BTC trading on exchanges began in 2012/13 (chart). On February 15, 2020, the collective BTC balance on these exchanges stood at 2.97M while as of Saturday the balance equated 2.33M.
Put differently, in February 16% of the total BTC supply was held on major exchanges and has since fallen to 12%. Bitfinex has been experiencing a drop in BTC balances since December 2018, at which point it held a high of 2.16% of all BTC in circulation, compared to a current 0.5%.
In absolute terms, Bitfinex now holds 91,299 BTC, compared to 377,699 in December 2018.
Finally, Coinbase which held the highest BTC balance of 982,061 in February 2020, or 5.45% of the total supply, has also seen a fall in the metric to 826,680 or 4.4%, as of Saturday.
Binance is a notable exception, seeing an inflow of BTC, however, being a crypto-only exchange, clients use the platform to trade among cryptos rather than convert to/from fiat.
Takeaway: The dynamic of decreasing BTC exchange balances gives credence to the notion that investors are less interested in actively trading BTC but would rather custody the asset themselves for extended durations (a.k.a. HODLing). The dynamic, however, is also likely supported by the proliferation of self-managed wallet solutions, such as Ledger’s hardware wallets, that have made custodying BTC more accessible to a wider range of investors. With almost every BTC investor up, the concept of HODLing, nonetheless, continues to defer profit-taking. We would argue that the dynamic underscores the buy and hold nature of the current rally.

Among a series of tweets explaining his decision to remove President Trump from Twitter, CEO Jack Dorsey cited BTC as ‘what the internet wants to be, and over time, more of it will be.’ Dorsey wrote he is passionate about BTC because of the ‘model it demonstrates: a foundational internet technology that is not controlled or influenced by any single individual or entity’ – link – @TheVerge

In an interview with CNBC, investor Bill Miller said BTC is poised for ‘considerably higher’ appreciation. Miller explained that firms such as PayPal and Square will continue to buy newly mined BTC as retail interest grows. In a January 5 market update, Miller described BTC as ‘still very early in its adoption cycle.’ – VIDEO – @CNBC

BTC mining difficulty saw a 10% increase on Sunday. The adjustment, the first of 2021, puts the metric at an all-time high.  – link – @CoinDesk

According to an analysis by JP Morgan, the approval of a BTC ETF could hurt the asset’s price in the short term. While in the long-term the analysis states that a potential ETF is beneficial to BTC, in the short term it could adversely affect price by drawing institutional capital away from Grayscale Bitcoin Trust which trades with a premium, unlike an ETF.  link – @CoinDesk

Japan’s Financial Services Agency (FSA), which oversees securities regulation, said it views XRP as ‘cryptocurrency’. In an email to crypto news outlet The Block, the regulator wrote the ‘FSA regards XRP as a cryptocurrency based on definitions of the Payment Services Ac’ and added that it ‘refrains from making comments about other authorities’ response.’ – link – @TheBlock

DISCLAIMER: Nothing in this newsletter should be considered investment advice. The opinions and analysis in this are those of the writer and not of Bitbuy. Buying and selling cryptocurrencies is not without risk. Cryptocurrencies can change a large amount of value in a short time.