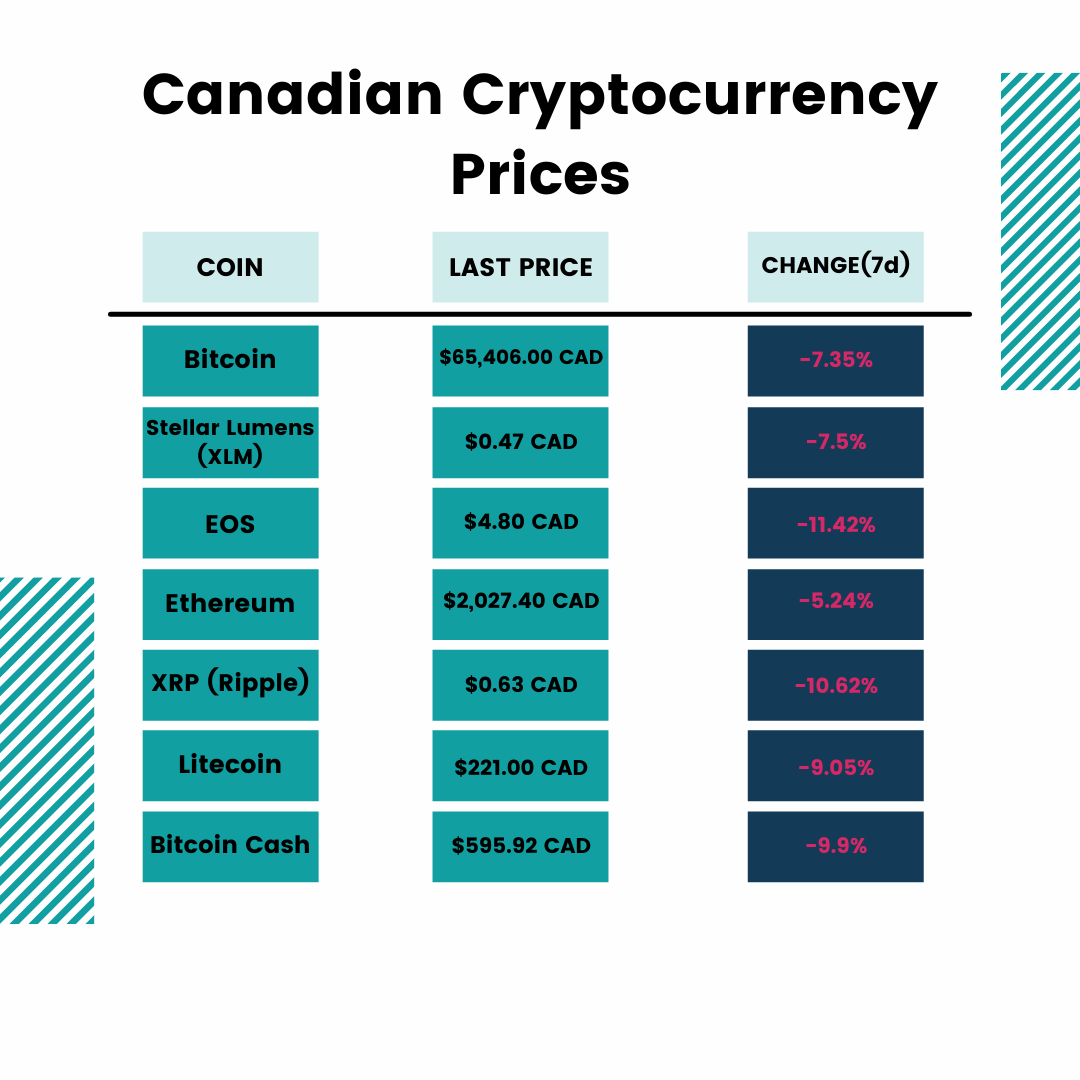 Weekly Market Analysis:  Crypto is broadly selling off this week, which is a bit of surprise to pundits since there has been some positive news as of late. Spot volumes are at 60% above the 30-day average. EOS has the largest pull back of over 11% over the 7-day trading period. 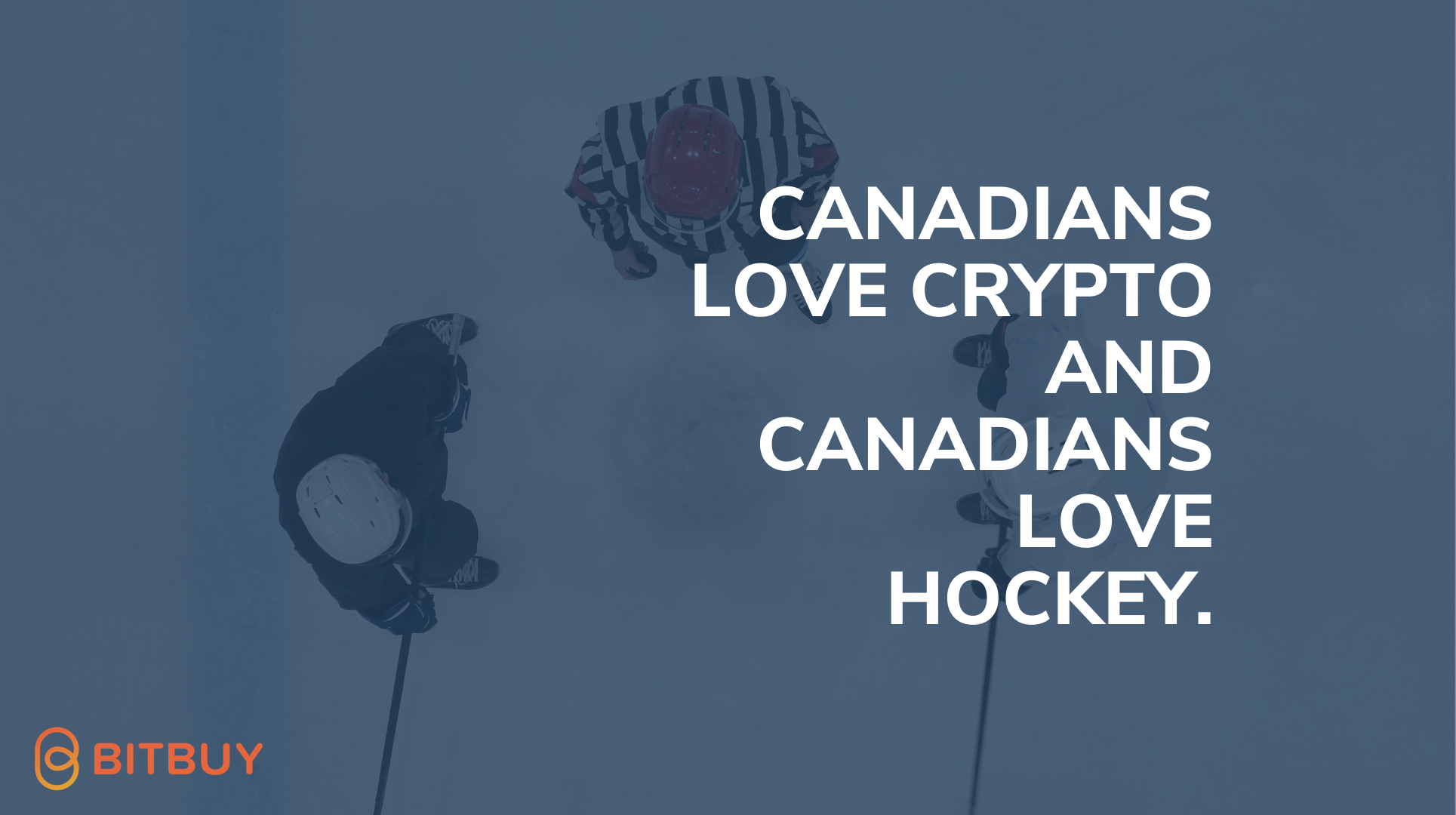 Keep an eye out for the rinkboard with our brand-new logo during tonight’s Leafs vs Senators game at 7pm EST. You could win $250

Use the hashtag #BitbuyHockey for a chance to win a $250 account credit!

The winner must have a valid Bitbuy account and will be contacted via direct message for the $250 credit.

Big Story: Tesla And The Fed Disagree On BTC 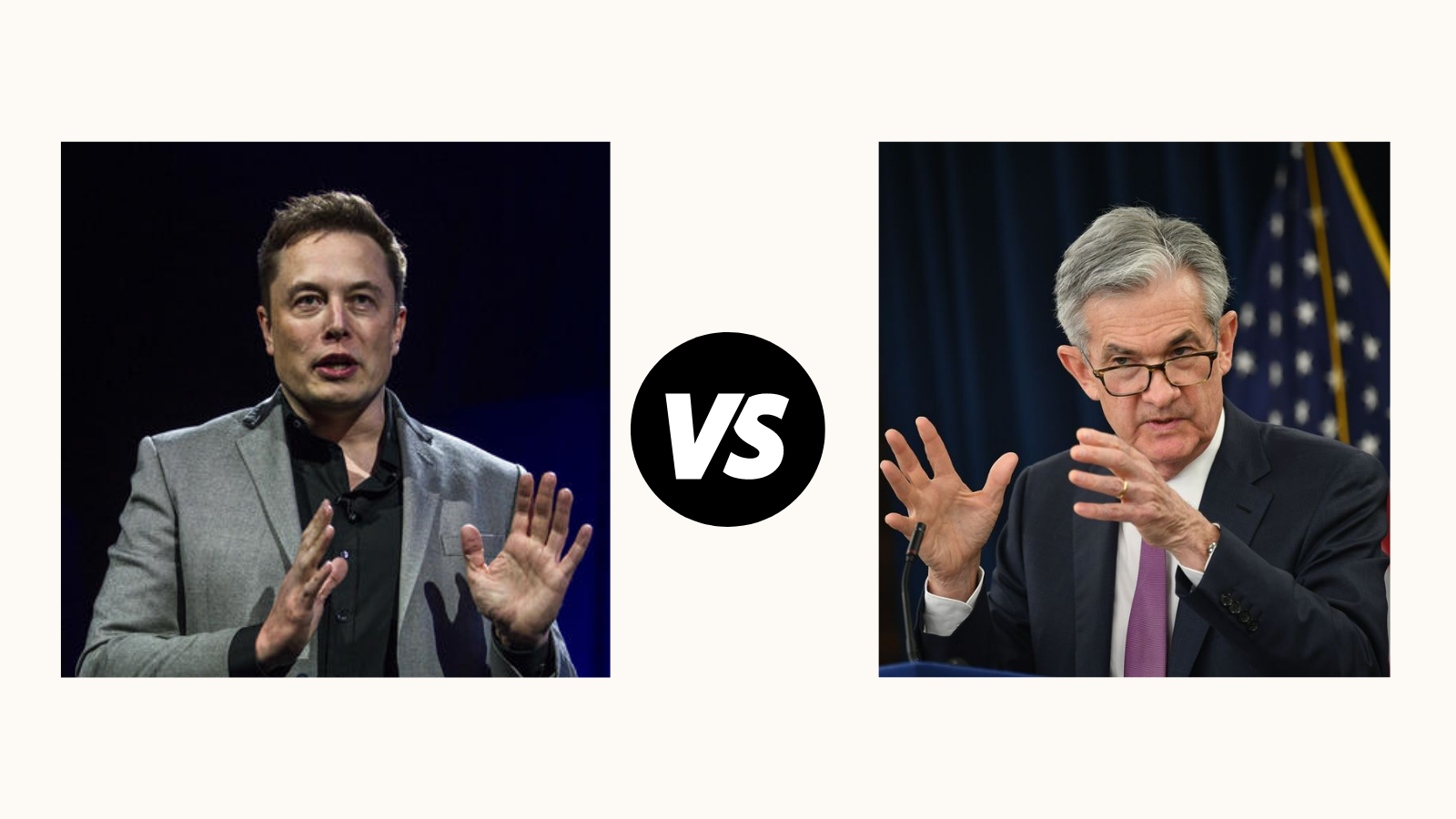 On Tuesday, Tesla CEO Elon Musk Tweeted That The Automaker Has Begun Accepting BTC As A Means For Payment For Cars In The US – The Announcement Comes On The Back Of Fed Chairman Jerome Powell’s Monday Remarks That BTC Is Not Used As A Means Of Payment And Serves As A ‘Substitute For Gold Rather Than The Dollar’
In early February when Tesla announced it had purchased 1.5B equivalent of BTC, it also revealed plans to accept BTC as a payment in the future. In an SEC filing Tesla indicated ‘we expect to begin accepting bitcoin as a form of payment for our products in the near future, subject to applicable laws and initially on a limited basis, which we may or may not liquidate upon receipt.’ However, according to Musk’s  tweets, ‘[BTC] paid to Tesla will be retained as Bitcoin, not converted to fiat currency.’ Musk also revealed that ‘Tesla is using only internal [and] open source software [and] operates [BTC] nodes directly.’
Meanwhile, on Monday, at a Bank for International Settlements conference, Powell was pressed on whether US efforts aimed at studying the feasibility of a digital dollar are a response to BTC and crypto. Powell’s response dismissed the use of BTC as a form of payment and remarked that BTC is a substitute for gold not the dollar. Other US officials have also been dismissive over BTC as a means of payment. For example, Treasury Secretary Janet Yellen said in February ‘I don’t think that bitcoin… is widely used as a transaction mechanism… To the extent it is used I fear it’s often for illicit finance.’
Yesterday, US Senator Mike Crapo tweeted a link to an article about Tesla accepting BTC along with ‘States are hamstrung right now. They can’t do anything until Treasury gives them guidance. These “thorny” questions need to be answered by [US Treasury] as soon as possible.
Some recent household name firms that have adopted BTC and crypto, such as MasterCard, Visa or PayPal, have incorporated the use of as a means of payment in their business models.
For example, in a Q1 2021 earnings call CEO Al Kelly said the firm is ‘uniquely positioned to help make cryptocurrencies more safe, useful and applicable for payments…’ and broadly described plans to allow users to ‘cash out onto our Visa credential to make a fiat purchase…’
Takeaway: The Tesla announcement directly challenges the consensus regulatory perspective that BTC is a ‘speculative store of value’ and not a payment mechanism. Some regulators have already shown skepticism of that view. Former SEC Chairman Jay Clayton said in a 2019 interview, ‘Our current payment mechanisms–have inefficiencies those inefficiencies are the things that are driving the rise of [BTC].’
It will be hard for the former officials to maintain prior views if Tesla’s, and other firms’, use of BTC for payments gains traction and as a result, could necessitate a shift in regulatory focus and narrative.

Fidelity has filed to launch a BTC ETF according to filings made with the SEC. The fund, called the Wise Origin Bitcoin ETF, will have Fidelity Digital Assets, the firm’s crypto-focused arm, serve as custodian. Bloomberg
Ethereum layer-2 scaling solution Hermez Network has gone live today.  Hermez, which aims to facilitate cheap Ethereum-based token transfers, utilizes the zk-rollup scaling tech. Hermez claims that users will ‘save around 90%’ of associated transaction costs. CoinTelegraph
James Cunha, who leads the Boston Fed’s central bank digital currency efforts, said officials from that institution and the Massachusetts Institute of Technology will reveal results from research into a digital dollar in July.  Last month, Treasury Secretary Yellen said a digital dollar would help American who lack access to regular banking services. BNN Bloomberg
Publicly firms Neptune Digital Assets and Link Global have signed a letter of intent to a BTC mining facility partly powered by solar and wind energy in Alberta, Canada. Neptune CEO Cale Moodie said he anticipates higher demand for sustainable BTC mining. Neptune trades on OTC Markets while Link Global while Link trades on the Canadian Securities Exchange. Yahoo Finance
Crypto exchange FTX has secured a sponsorship agreement for the Miami Heat arena, which will see the NBA venue renamed to FTX Arena. The 19-year partnership is reportedly worth USD 135M. CoinTelegraph
Twitter CEO Jack Dorsey sold his first tweet as an NFT for USD 2.9M.  The tweet was purchased by Sina Estavi, the CEO of Malaysian blockchain service Bridge Oracle. Estavi purchased the tweet on Valuables, a platform for creating NFTs . Reuters