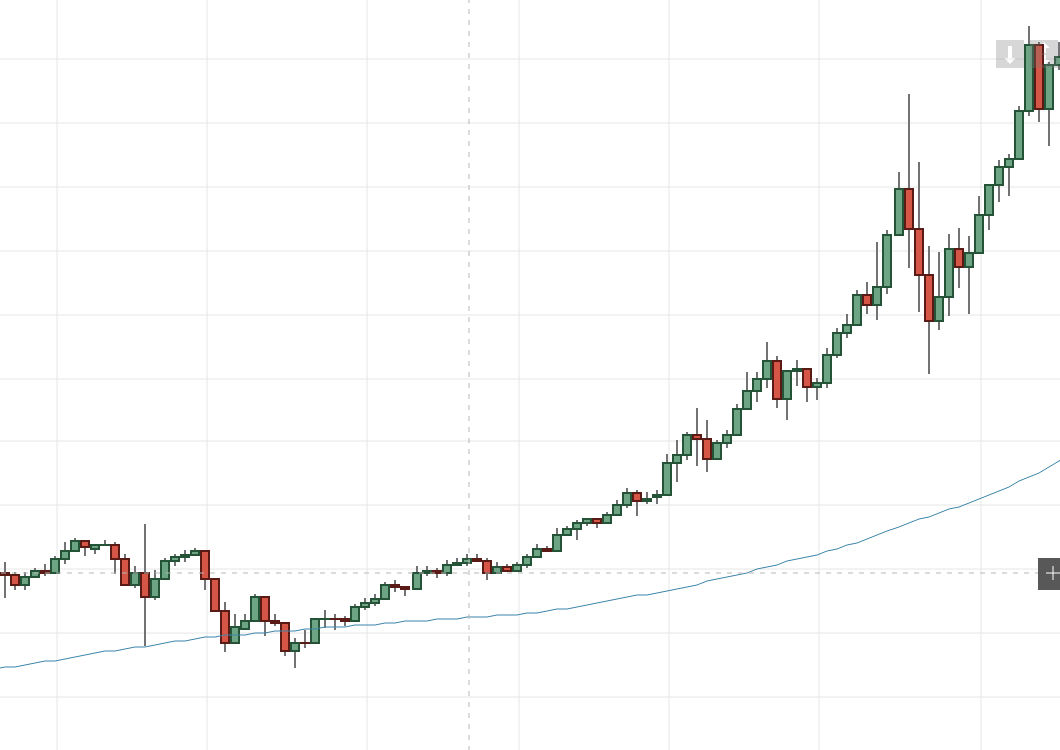 Bitcoin’s price is quickly trending upwards at the moment. At the time of writing, it’s about 30% higher than it was 30 days ago.

This article explores 3 psychological reasons that investors may catalyze Bitcoin and other cryptocurrencies like Ethereum and Bitcoin Cash to new heights. A future article will explore some of the economic and technological reasons for Bitcoin to go even higher.

That the price of Bitcoin is extremely volatile is nothing new. A look at Bitcoin’s price chart around December 2013 should be enough of a warning for any would-be investors dreaming of slow, steady returns. But WHY the price seems to swing so wildly seems to be under-discussed. As prominent figures in technology and the cryptocurrency industry are predicting prices to rise and hit somewhere between $25,000 and $50,000 USD in 2018, one would be wise to examine their rationale for these drastic price movements.

Here are some of the biggest factors that could catalyze Bitcoin’s price to soar upwards in the near future:

#1. FOMO (Fear of Missing Out) Will Make Us Buy Bitcoin Again

While we all pride ourselves on being rational investors with our heads screwed on properly, let’s be serious: Many of us became wide-eyed and overcome with greed when the price of Bitcoin soared upwards in November and December of 2017.

Why did so much money flow into Bitcoin? Consider for a moment that the S&P 500 averages an annual return of 9.8%. On any given day during Bitcoin’s last run, you could dump your entire portfolio into bitcoin, sell it 5 days later, and expect to beat the average market.

(2017 was actually a great year for the stock market. The S&P 500 netted a 21% return for its investors. Still, throughout the period of mania between October and December, you could have netted the same returns in just 8 business days.)

Given the euphoria of investors, and the media following the price closely, Bitcoin dominated conversations at the dinner table, the water cooler, and pretty much every form of medium. It seemed like everyone was getting rich. But, if you didn’t own any bitcoin, you were being left behind. This drove many people to dump money into Bitcoin. It may not be the best reason to invest, but the fear of being left behind, combined with the greed of making some quick money, is a very strong force that could drive prices upwards again.

#2 Ease of Access Will Let New Money Flow Into Bitcoin

The weight of an SEC decision to allow a cryptocurrency ETF has some crypto- industry leaders suggesting that an approved Bitcoin ETF could shoot the price of Bitcoin up to $25,000 or $50,000 USD.

The SEC has recently ruled that Bitcoin and Ethereum are not securities, alleviating many concerns. The SEC has also put out a notice that they will be making a decision on a Bitcoin ETF in September. As more positive regulatory news comes out, more people will feel comfortable paying with or investing in virtual currencies – driving up the price.

For now, the SEC decision means that Bitcoin and other cryptocurrency must be purchased directly. That leaves it to companies like us to make cryptocurrency accessible; we make it easy to buy Bitcoin on a digital platform with low costs.

If FOMO and greed are major reasons that investors may pile into relatively risky investments like Bitcoin, fear is a major reason for investors to stay on the sidelines. And in the new, complicated cryptocurrency industry there are many things to fear.

It seems as though new headlines pop up weekly about exchanges, and platforms that have been hacked, causing customers to lose their assets. Ponzi scheme tokens, vaporware ICOs, and the numerous dead projects, fraudulent giveaways, and other shady activity leave a stink on everything surrounding cryptocurrencies. Bitcoin is still remembered by some as “that thing you buy guns and drugs on the dark web with.” Oh, and there are now prediction markets where you can bet on which public figures will be assassinated.

The tendency for technology to be misused before regulators and law enforcement clean everything up has been seen before. Napster and file-sharing briefly brought the music industry to its knees. Some of the earliest users of the internet were creeps looking to exchange pictures and videos exploiting children. Before most people had even heard of Bitcoin, Ross Ulbricht was charged with running the Silk Road marketplace. If this aura of mistrust and criminality can be lifted from the digital currency industry, the industry will be much more inviting to newcomers, who will drive up prices.

For the cryptocurrency industry to feel safe, there are a number of areas to improve:

More jurisdictions acknowledge that ownership of digital currencies is legal and will not be punished.

All of these things will give potential investors, and those already participating in the digital currency industry, greater confidence. In turn, more money will be likely to flow into the industry, propping up the value of Bitcoin and other virtual currencies. As these changes come into play, you want to keep up with information about Bitcoin and the latest price so you know where the market’s headed.

There are certainly a number of other factors that play into the price of Bitcoin rising. Some of them are technological, like the degree of security that can be provided for certain types of transactions. Others factors are based on economics – while transaction volume increases, there is a limited supply of 21 million bitcoin (that appears to be even more limited with every report of lost coins). A future article (or two) will explore many of these reasons that can partially explain the rising value of Bitcoin.