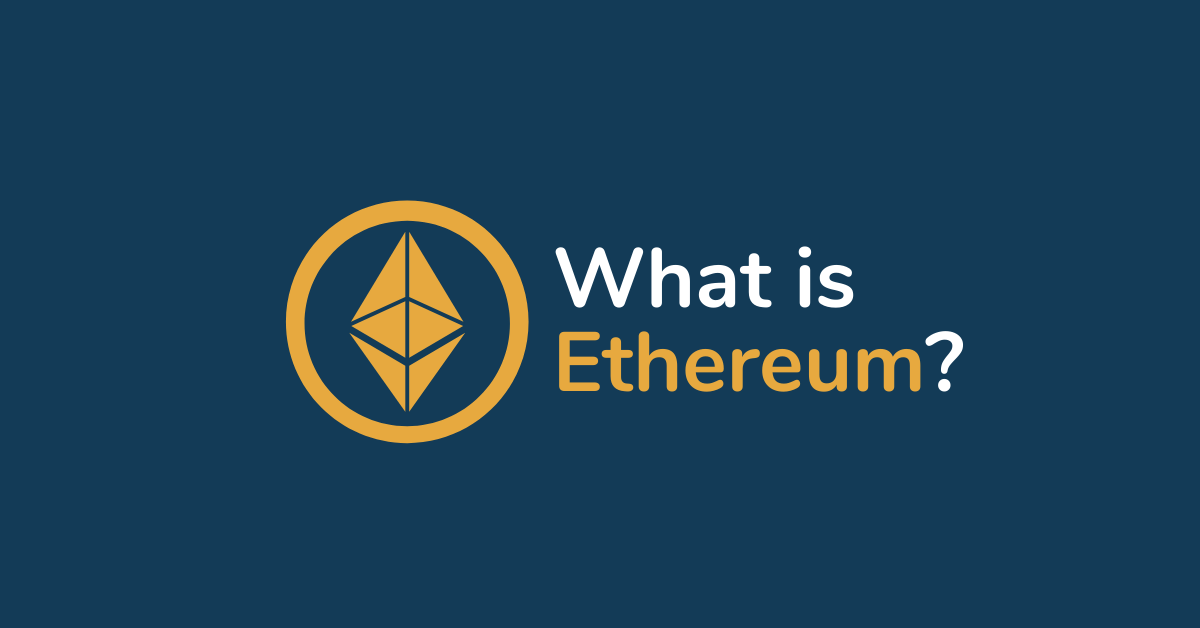 Ethereum is a distributed public blockchain network, built for executing smart contracts. (If that statement doesn’t make sense to you, we’d *highly* suggest reading [This Article](newwp-2021.bitbuy.ca/blockchain) to get a general understanding of how cryptocurrencies and blockchains work.)

Vitalik Buterin, a 24-year-old Russian-Canadian programmer, created Ethereum in 2013. If you’re from Toronto—Bitbuy’s home base—you’ll be interested to know that Buterin received his high school education at Toronto’s Abelard School.

Is Ethereum A Cryptocurrency?

Yes, ethereum is a cryptocurrency. But, it’s different from other cryptocurrencies, in that it wasn’t really built to be a currency. As you’ll read in a bit, the currency (ether) is a small piece that powers a bigger system.

It’s perhaps easiest to explain ethereum by contrasting it to other systems. Whereas bitcoin utilizes a blockchain to run a decentralized ledger — a record of account balances and transactions —  ethereum’s main value comes from the Ethereum Virtual Machine (EVM). The EVM is essentially a processor that runs software programs (called smart contracts).

All computers on the ethereum network run their own EVM. When a smart contract is shared on the network, all EVMs run the software/contract at the same time, and compare their answers.

When there is a consensus on the right answer, the network takes an action, such as sending a message or some ether. use an example: Raj and Jill make a bet with each other that the Toronto Maple Leafs will win the next Stanley Cup. They write a smart contract to carry out their bet, and award the winner 0.25 ether. code might look something like this:

While this is not a real piece of code that would run on the ethereum network, it is not far off. A major feature of the EVM is that it is easy to write contracts for. This is super super important, because ethereum doesn’t “do” anything.

Ethereum doesn’t “do” anything. At least, not like other cryptocurrencies that are built for a specific purpose. Whereas most cryptocurrencies focus on moving money around, Ethereum is just a tool, a platform for others to create upon. New types of games, marketplaces, internet browsers, social media sites, banking, identity systems, are all being developed to run on the ethereum network. For all the big websites like Amazon, Google, YouTube and Facebook, there are teams of engineers building similar sites that benefit from the decentralized nature of the ethereum network.

That’s the big promise of ethereum. *IF* we are currently headed in a direction where everything becomes decentralized, ethereum is well-positioned to be the system it is all built upon. Like IBM in the ‘90s, ethereum is far and away the leader in the space.

“I thought [those in the Bitcoin community] weren’t approaching the problem in the right way. I thought they were going after individual applications; they were trying to kind of explicitly support each [use case] in a sort of Swiss Army knife protocol.”  Vitalik Buterin, inventor of Ethereum

How does it work?

When a contract is deployed, a miner chooses the programs or contracts that they want to include in their block.  The EVM relies on thousands of participating computers (/nodes/) to evaluate and execute the contracts. People (miners) are not pushing these commands to the EVM for for free, so there has to be some incentive for someone to pick a contract and issue it to the EVM.  As with any computer, there are costs involved in processing: internet bandwidth, electricity, depreciating equipment, etc. Only if the price is high enough, will a miner take a contract, push it to the chain, and collect the reward. This incentive is “gas.”

At the moment, anybody can host a node of the EVM, but the gas rewards only go to the miners that push out the new programs. The individual machines that process everything on the EVM do not currently receive any gas payments.

How do I get involved with Ethereum?

There are a few ways to get in on the action. Buying some ether is probably the most direct way for most people. Buying ether or ethereum is easy for people in most countries. If you want to buy Ethereum in Canada, Bitbuy is incredibly quick and secure compared to other exchanges.

Purchasing some ethereum is basically taking the position that decentralized apps will find continued adoption and use, and that the ethereum network will benefit from their growth (if not power it completely). To some, ethereum appears to be the AWS (Amazon Web Services) of the decentralized web. If you didn’t know, AWS is Amazon’s fastest growing and most profitable product – not a bad thing to be compared to.

There’s also ethereum mining, which seems to be much less profitable that it was before, if at all. The price of ethereum, ASIC mining equipment, electricity and internet bandwidth largely determine if mining can be a profitable endeavour for you.  If you’re interested, the web has many articles on the equipment and set-up necessary, and lots of calculators such as the one found on CryptoCompare.

Finally, if you’re a developer, or tech-savvy, you can either contribute to the technology, build technology that runs on the network, or run a node that the EVM runs on. Again, there are lots of resources out there, but ethereum.org is the official website, with links to all the latest downloads, news, and code.

Understanding how gas works is integral to understanding the different incentives in the system that keep everything working. Like your car, gas makes the ethereum network work. Someone that wants to run a smart contract on the network pays the transaction fees of running the software in gas, which is ultimately a small amount of ether, (the currency). The amount of gas you need, depends on how big a contract or program you are sending to the network. Bigger contracts require more gas. Again, like a car, bigger trips require more gas. Gas is measured in smaller units of ether, typically paid in “Gwei” or 10^-6 ether. (1 Gwei = .000001 ether.)

Here’s a table that shows the various measurements of ether:

To start an example/ analogy we’ll use, let’s figure out how much gas a car requires for a trip:

In ether: A simple transaction of sending ether from one address to another costs 21000 gas.

All gas is created equal. When entering a contract onto the network, the network will determine how much gas is required. The gas price however, can be determined by the contract’s owner.

What is the gas price? Why does Ethereum have a gas price?

Similar to bitcoin and other cryptocurrencies, the miners that encode a smart contract into the ethereum blockchain generally prioritize the transactions with the best prices. A smart contract whose owner is offering a gas price of 50 Gwei will get taken up by the network faster than one who is paying 10 Gwei.

To take it back to our car analogy, imagine that a gas station owner is almost out of gas. He has a long line of customers waiting for gas, and decides to auction the last gas he has.

A super rich guy in a Maserati doesn’t care about the price, so he agrees to the $2.00, swipes his SuperPlatinumBlackExtraVIP credit card, and races off. Nobody else is willing to pay $2.00, so the owner drops his price down to $1.80. A few more people at the station agree to this price, so they start getting served gas. Now, the driver from our previous example sees that demand is growing at this price, and agrees to this new price ($1.80) so they can get some gas before it runs out.

As mentioned previously, Ethereum is the king of DApps, or decentralized applications. DApps are decentralized because no single company or person has the power to fully control it since it’s on the Ethereum blockchain. They are larger projects with many contributors. DApps have been credited with being the future of internet applications since they are open source, secure and transparent compared to traditional centralized apps. For more on DApps, check out this video about DApps on Blockgeeks.

Probably the most popular DApp there is, Cryptokitties allows users to access and create digital cats which they can breed or customize. Each cryptokitty is unique, and have different values based on their characteristics and features. Many people have compared CryptoKitties to beanie babies, as some have fetched huge amounts in sales. It was reported that in late 2017, a CryptoKitty was sold for over $100,000 USD in ETH.  Users transact with Ethereum tokens in order to buy or sell new Cryptokitties and will need to have a basic understanding of Ethereum trading in order to play the game.

This past October, CryptoKitties reached 1 million all time Kitties bred which led to 3.2 million transactions on Ethereum smart contracts.

From it’s humble beginnings, to it’s sky high valuation during the bull run of 2017, to CryptoKitties and DApps, Ethereum has certainly seen a lot in it’s brief existence. We hope this guide has taught you more about Ether and the protocol behind it, as well as the future use cases for Ethereum. If you are interested in investing in Ethereum, check out Canadian price of Ethereum, then use your Bitbuy account.