The Litecoin Halving Event Is Here! What Does It Mean? [Complete Explanation And Guide] 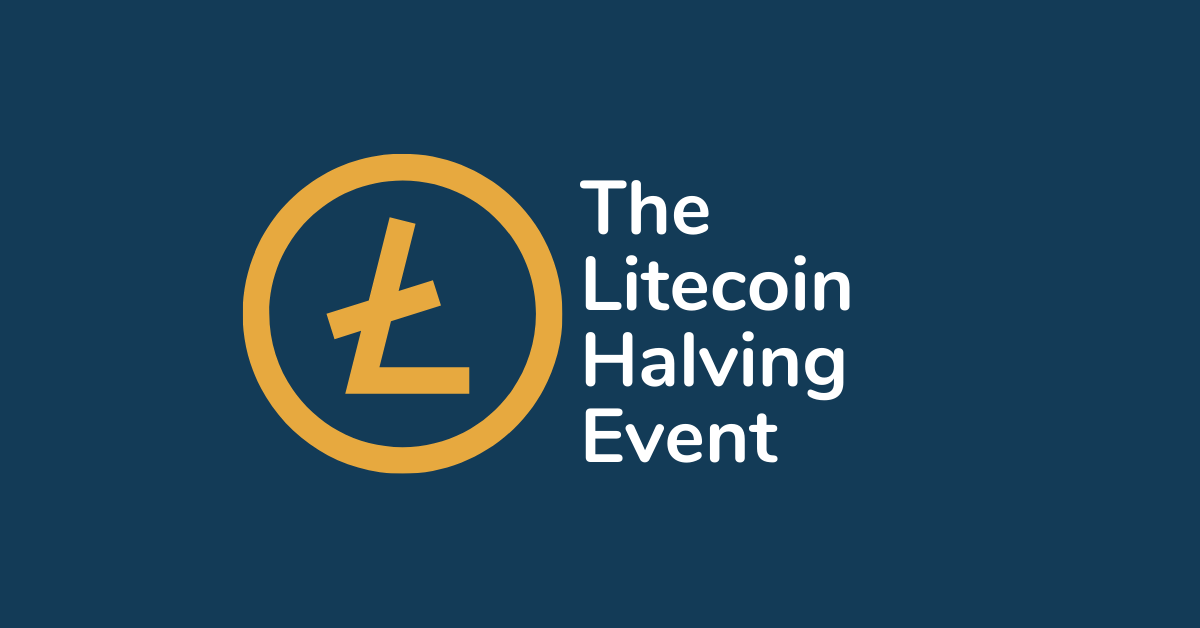 Intro To The Litecoin Halving

Litecoin is often called the digital silver to Bitcoin’s digital gold, but if you time your investment in these and other projects right, getting in on the ground floor of a halving event can make you wealthier.

The clock is ticking. Let’ get down to the nitty gritty and discuss shall we?

What Is The Litecoin Halving Event?

The Litecoin halving event is the point at which the number of Litecoins the network pays out to miners as a reward for validating transactions on the blockchain gets cut in half. At the present moment, the network is paying miners a block reward of 25 LTC. That number will be cut to 12.5 LTC within the next few days, meaning that miners will have to work harder to earn more Litecoins and the overall supply of Litecoins will enter the open market at a slower pace.

If you know anything about basic market economics than you know that supply directly impacts demand and the price of Litecoin is going up!

But wait! Before you start seeing dollar signs in your eyes, keep in mind that markets are generally forward thinking. What I mean by that is that the market is usually a few months ahead of a potentially profitable occurrence, especially in the Wild West that is the cryptocurrency world. So if you’re thinking you can buy Litecoin today and cash in your chips a few days from now to make a quick few bucks, let me be the first to tell you, it’s not that simple.

The Philosophy Behind Cryptocurrency and Mining

As you continue learning about everything crypto and blockchain, you’ll read about mining a lot and might start to wonder what it is. As mentioned in the section above, mining and halving events are directly tied together. Halving is when the number of coins entering the market cuts in half, and mining is when users validate transactions on a cryptocurrency’s blockchain. They do this not just for the common good, but for the opportunity to earn revenue in the form of crypto payments.

The phrase Litecoin halving event might sound foreign to you, but it’s nothing new in cryptocurrency. It’s a concept built into the Bitcoin network, the cryptocurrency that birthed the industry itself when Satoshi Nakamoto introduced the concept of a decentralized peer-to-peer payment system back in 2008.

At this point you might be asking yourself, “Why would anybody want to artificially lower supply and increase demand in such a linear steadily climbing fashion?” I asked myself the same thing when I first got into crypto. Now that I’m knee deep in the industry and have a greater understanding of it, allow me to provide you with the best answer I can think of.

The most hardcore cryptocurrency enthusiasts, particularly the early adopters driven to both generate and spend it were driven by more than just an opportunity to capitalize. They wanted to prove that libertarianism can reign supreme in today’s society (FYI a libertarian is someone who believes that living free of government control is not only possible, but necessary).

I know when you read about someone artificially gaming economics, it sounds dangerous, and as if only the people at the top of the food chain will benefit. First of all, the traditional banking system perpetuates exactly that, and the goal of decentralized cryptocurrencies isn’t that at all.

Both Litecoin, Bitcoin and many of the top cryptocurrencies according to market valuation are decentralized networks where users keep each other in check as a community. Nobody can counterfeit or duplicate coins, which means the supply of these coins can’t be artificially manipulated. So these halving events that present users with the opportunity to cash in and profit give the same opportunity to every user.

To add to that, the more important aspect of all this is that everyone can look up the circulation statistics related to these projects. It’s public knowledge and with regard to Litecoin and Bitcoin specifically, it won’t ever change.

Just to drive the point home, consider that right now, there are nearly 63 million Litecoins in circulation. Only 84 million Litecoins will ever be produced, which means that just under 75% of the LTCs that will ever be in circulation until the end of time are currently available for transacting. There’s no secret or mystery behind how many coins are being “printed”. There’s no central authority sitting at the top trying to build itself into a global financial powerhouse and forever control the globe’s economic systems. Litecoin and its cousins are truly democratic payment systems where the greater common good is always the first consideration.

Take a moment to compare the idea of a decentralized democratic financial system to the one we in the Western world live in now. Central banks and their retail partners print money out of thin air. One lends money to the other, who then lends money to you. At each step in that simplified process, the interest rate gets higher. Time passes on, and the country you reside in continually sees its national debt rising, even though the hard working citizens that really drive economies continue to slave away and turn a profit for corporate conglomerates. The system allows that debt to grow until a global economic crisis forces economic bailouts and home foreclosures. This is how the world arrived at the 2008 meltdown that ironically, acted as the fuel that encouraged cryptocurrency’s earliest adopters to give Satoshi Nakamoto and the Bitcoin project a chance in the first place.

So now that we’ve explored the philosophy behind cryptocurrency and the traditional financial system that helped sparked the movement, perhaps now you understand the reason miners exists. They secure financial transactions and earn a reward, but aren’t just building evil empires that control the planet and leave all the power in the hands of the very few, or at least, that isn’t the average miners main goal.

Also just because a miner knows more about crypto than you do, doesn’t mean they can use sneaky tactics to make themselves richer. They, like you, are at the mercy of a public ledger called the blockchain.

So Does Halving Equal Profits?

The short answer as to whether or not a halving event will make you richer is sometimes yes and sometimes no. It’s not just a matter of whether or not you’re successfully timing the market, and you also can’t just assume you can stay in the market for a few weeks or months and expect to triple your money just because the mining rewards linked to your crypto project of choice are cutting in half. Real life market economics is more complicated than that, and very few people are qualified to teach you all of that (myself included).

So rather than trying to be an economics ninja or crypto oracle seeing the future in a crystal ball, let’s dive into the history of halving events and give you a better sense of why nothing is a sure bet in the halving game, at least in the short term.

A Brief History of Halving

As we’ve already explored to this point, a halving event should in theory lead cryptocurrencies to jump in price. That might be true over the course of many years, but even then, long term price appreciation in a given digital asset is just as likely to be the result of a broader adoption sweeping across our society as it is to be the result of a reduced supply. The two factors working together certainly increase the possibility of profiting, but not necessarily in a linear or permanent fashion.

If you’re thinking the outcome of Litecoin’s first halving was an obvious outcome that traders could foresee by using Bitcoin’s halving events as a predictor of future events, think again. Bitcoin’s price actually dropped well before its most recent halving event and increased after the fact.

So if supply and demand theory holds true, how can the above also be true? Well, supply and demand is theoretically logical, but not always the reason for price changes in practice. Especially in a relatively small asset class like cryptocurrency. This might be true for several reasons.

For one, there haven’t been very many halving events to compare as the cryptocurrency industry is only 11 years old. Relative to a traditional financial system that’s been around for hundreds of years, 11 years is nothing. A recent study published by a crypto investing firm called Strix Leviathan reviewed 32 halving events across 24 different cryptocurrencies (Bitcoin and Litecoin being two of them) and found halving events don’t necessarily have a statistically significant impact on the price of cryptocurrencies , particularly in the short term. The study also didn’t come up with enough evidence to rule out the effects of market bubbles, like the one that saw the price of a Bitcoin skyrocket at the end of 2017.

When you consider all of this, you must also consider the ebbs and flows that markets go through over time and then put that into context considering that people didn’t know what Bitcoin would become a decade ago, much less whether or not alt coins would prove to be valuable thereafter. Even today, with more and more people being exposed to cryptocurrency thanks to mainstream media attention and increased levels of adoption, nobody knows when the valuations of cryptocurrencies will reach their peak.

You might think it’s cheesy to quote Warren Buffet, but he does provide many great insights into the principles of investing that might help you put investing in any asset, including cryptocurrency, into perspective. One of those principles is that if you don’t believe in something enough to stay invested in it for a decade, don’t invest.

Put that principle in the context of an industry that’s only 11 years old. The cryptocurrency journey we’re on as been filled with so many ups and downs so far. Multiple bubbles, hacks that saw users lose billions of dollars in the blink of an eye, black market websites that saw kingpins get life sentences, governments claiming they’re going to catch everybody evading taxes, and still, Satoshi Nakamoto’s identity is crypto’s best-kept secret.

Take a moment and think about what you just read. In crypto were an action hero, his life story would make for one hell of a movie. Don’t you agree?

Here’s the thing, it’s easy to get excited when you read posts like this one and think that you want a piece of the action, here’s the thing. Most of what you read about cryptocurrencies in the past is just that, the past. Watching markets go up and down while millions of dollars in crypto changes hands anonymously is more exciting when you’re not the one getting shot at in the Wild West.

All of that being said, I love cryptocurrency and even though I’ve been burned by many market fluctuations including halving events, I do recommend following Buffet’s advice. Invest only what you can afford to lose, and do it with the mindset that you’re staying in the game for a long time and won’t start sweating if the price of Litecoin drops next week, or next month.

Remember, any investment in cryptocurrency is also an opportunity to learn. Heck, I wouldn’t be writing about cryptocurrency if the excitement of the market hadn’t captured my imagination in mid-2017.

Either way, just know that when you’re ready to start trading Litecoin and other cryptocurrencies, you can do it right here at Bitbuy. 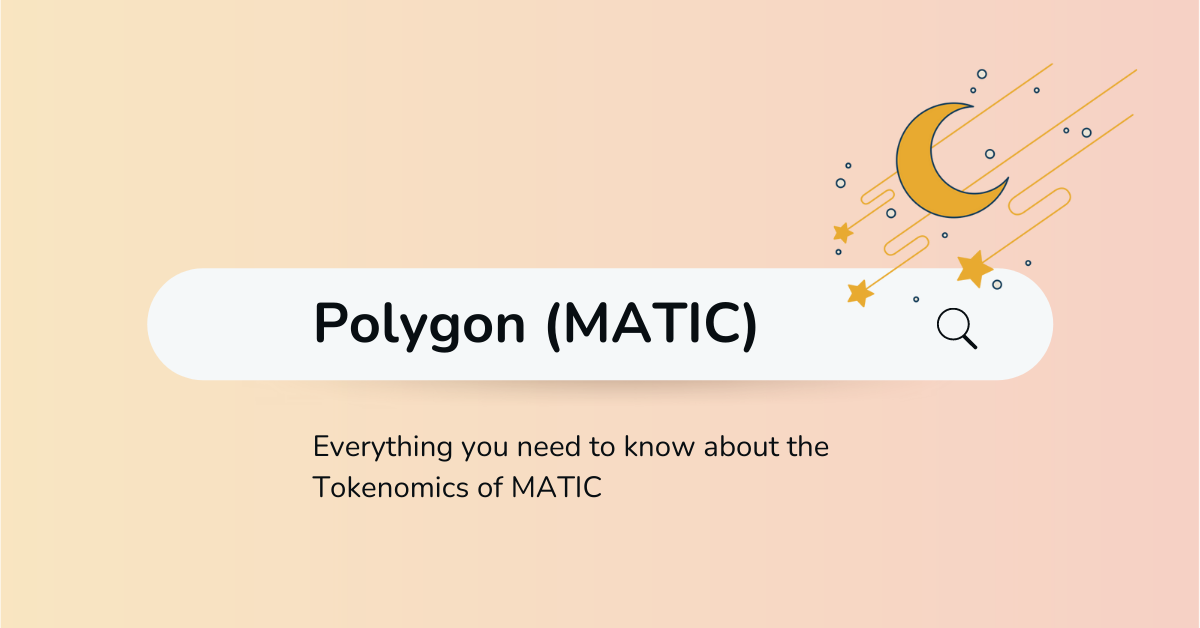 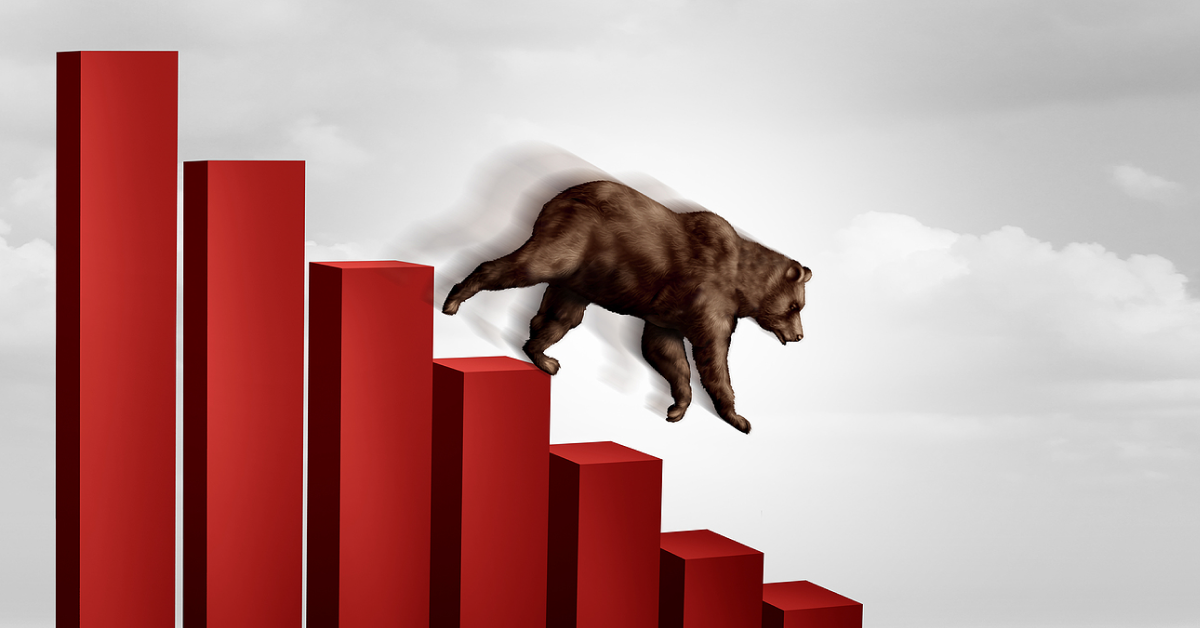 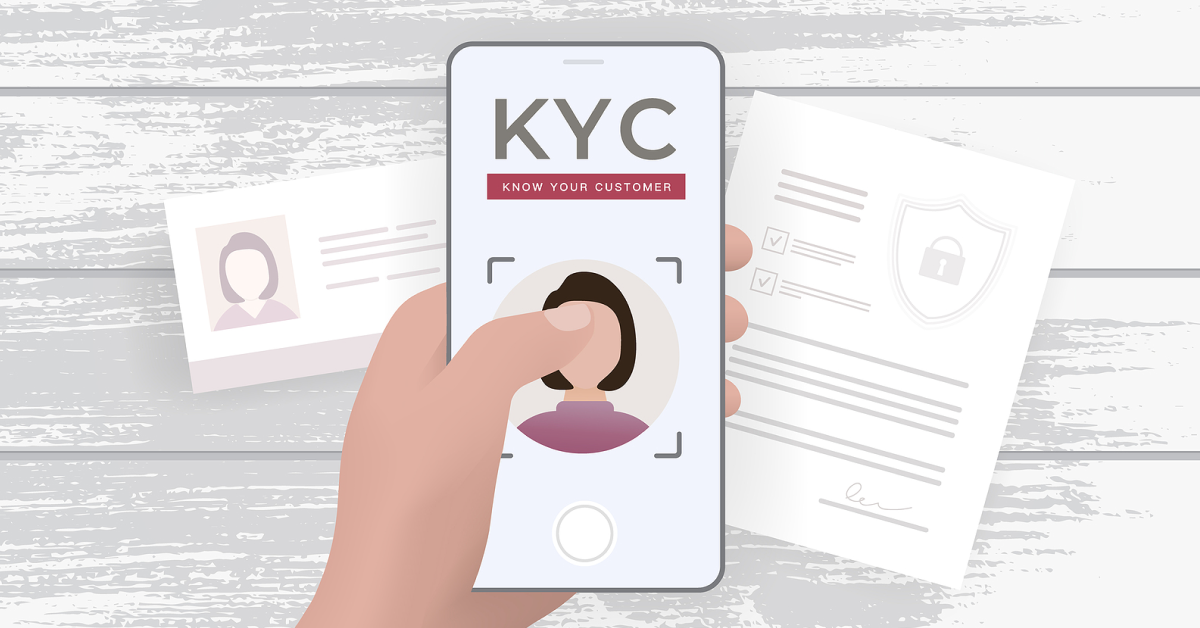