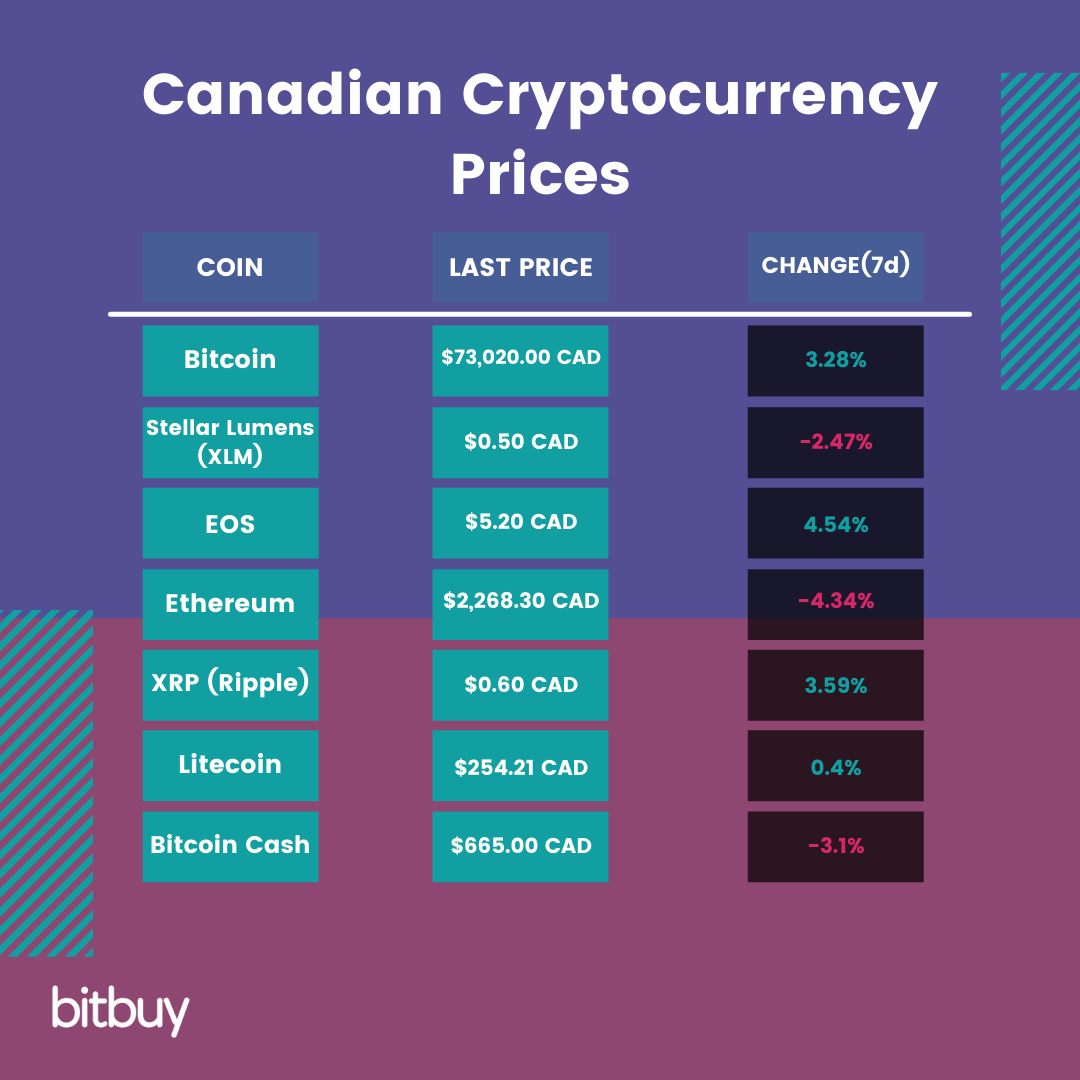 Weekly Market Analysis:  It was a week of moderate up’s and down’s for the crypto market, with Bitcoin moving Thursday morning upwards and again crossing the key $60,000 USD level. Ethereum saw a 4%+ decrease on the week as rival chains continue to build momentum in the DeFi space (more below). Spot volumes increased week over week but are below month over month averages.

It’s tax season again! Looking for clarity on your crypto related tax obligations? Check out our tax guide with some new 2021 updates.
Read the full guide>>

The Amount Of USDt Supply Deployed On The Tron Network Has Reached 45%, Compared To 53% On Ethereum – USDt Transfers On ETH Have Historically Been A Major Contributer To ETH Capacity Challenges -This Shift Coincides With Comments From Vitalik Buterin Which Suggest Technical Solutions To Address Scaling Issues Are Imminent

Ethereum is roughly describable as a decentralized computing network. This network’s capacity to process computation has been far outpaced by its growing usage. The most popular usages being USDt (the World’s most popular stablecoin), decentralized finance, and exchange deposits/withdrawals.

As such, the price per unit of computation capacity has risen to the point where applications, such as USDt, have become difficult or uneconomical to use. Hence, the higher than normal transaction fees or ‘gas’ fees ETH users have been experiencing.
In a podcast last week, founder Vitalik Buterin said he believes Optimism, a startup developing scaling technology for Ethereum, will launch its ‘Rollup’ solution ‘fairly soon.’
Broadly, Rollups – which are being developed by a number of startups – are smart contracts that process activity off of the main Ethereum chain, and then communicate large chunks of data to the network which serves as a final settlement layer.
This implies that demand for Ethereum can shift to Rollups, alleviating the computational capacity of the main network. Buterin implied that Rollups can increase the capacity of Ethereum by a factor of 100, allowing the network to process ‘somewhere between 1,000 and 4,000 transactions a second, depending on how complex these transactions are.’
The network currently processes about 15 transactions per second. In Buterin’s view, Rollups can solve Ethereum’s scaling challenges until ETH 2.0 is fully operational, which promises to further increase scalability, though he admits it will take time with teams to become familiar with the new tech. Buterin has previously endorsed other scaling tech, like Plasma, an off-chain computation solution similar to Rollups in concept.
For example, in a 2017 tweet Buterin wrote ‘For the record: I said ethereum (+plasma et al) *will have Visa-scale tx capacity*, not that it will “replace Visa”. Sigh.’ Plasma was introduced via a 2017 whitepaper co-authored by Buterin which described the solution as being ‘scalable to billions of computations per second with minimal on-chain updates.’ Plasma has seen limited uptake, if any, and was revisited by Buterin, who wrote about ‘Plasma Cash: Plasma with much less per-user data checking,’ in 2018.
Takeaway: Ethereum’s scaling has been a central contention to the network’s growth since its launch. However, the network’s capacity has largely remained flat with unsuccessful solutions proposed along the way. Buterin has used his outsized role in the Ethereum ecosystem to influence expectations and manage a vision for the network.
For example, in October Vitalik described a ‘Rollup-centric Ethereum roadmap’ where the scaling tech is prescribed as the answer to scaling in the medium term.
As Ethereum congestion rises in parallel to the emergence of rival networks, Buterin’s confident comments, such as those regarding Rollups, should be considered in the context of past statements that have not panned out.

The Oakland A’s, an MLB baseball team, is accepting BTC as payment for season packages for suites at the team’s stadium. The team’s President Dave Kaval: ‘It’s been a great way to see if the hype can turn into reality and hopefully make Bitcoin and cryptocurrency transactions more mainstream.’  Wall Street Journal
Auction house Sotheby’s has announced its first sale of non-fungible token art by anonymous digital artist PAK. The exact date of the auction has not been announced. Sotheby’s CEO Charles Stewart said ‘it’s still very early with crypto art in general’ and that ‘this has the potential to bypass a lot of the traditional gatekeepers’ in an interview. CNBC
Velo Labs, a blockchain-based cross-border settlement protocol, has merged with Interstellar, a payment startup built on the Stellar blockchain. The two firms did not reveal details from the deal, which was characterised as a ‘strategic partnership.’ Crypto media has reported that the deal was an effect acquisition of Interstellar worth 9 figures.  The Block
A US judge has denied an effort to include XRP investors as third-party defendants in the SEC’s case against Ripple which alleges the firm sold the tokens as unregistered securities. Most major US exchanges and crypto firms have delisted or otherwise distanced themselves from XRP since the case was revealed. CoinTelegraph
A Morgan Stanley research note claims cryptocurrencies have reached a ‘threshold’ in order to be deemed ‘an investable asset class that can play a role in diversified investment portfolios…’ The note claims that a ‘regulatory framework, deepening liquidity, availability of products and growing investor interest – especially among institutional investors -have coalesced.’ TheBlock
Research from Mizuho Securities argues that 10% of stimulus checks being sent to Americans may be used to purchase BTC or stocks. This amounts to USD 40B out of the total USD 380B allocated towards stimulus checks. The firm surveyed 200 households that expect to receive stimulus payments in the coming days. Yahoo Finance